A week last Tuesday, not far from a certain forest moon...

The Emperor is dead. The once mighty galactic empire is in turmoil; it's elite forces destroyed by a rag tag bunch of amateur insurgents and knee-high plushies armed only with native spears and slip hazards. The catastrophic failings of the mechanised walkers were clearly exposed.

With the death of the last of the Sith, scientific rationalism rather than a quasi-religious kratocracy, is in resurgence.

Assuming command of the remains of the empire military machine, in a ramshackle maintenance hanger, the new leader, Kim Wrong-Un, commands that all remaining bipedal units are retrofitted with a more proven motive method...

"Pick on someone your own size!"
A heavily armed ewok takes on the might of the imperial mechanised infantry. Dangerous things fruit! 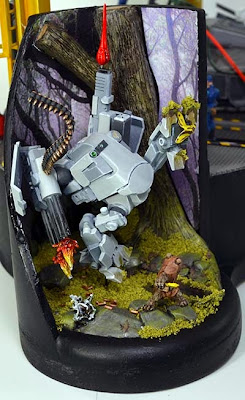 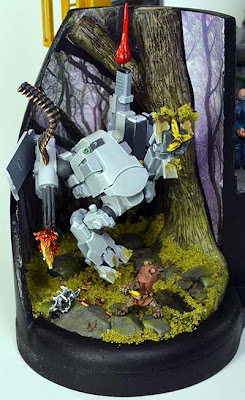 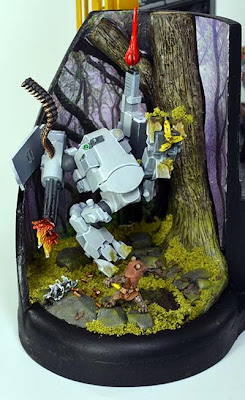 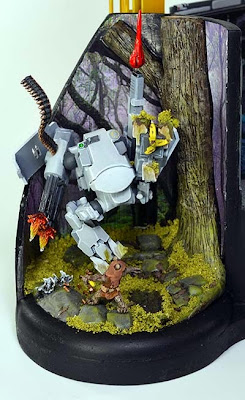 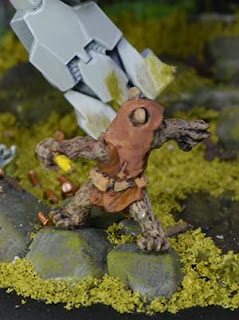 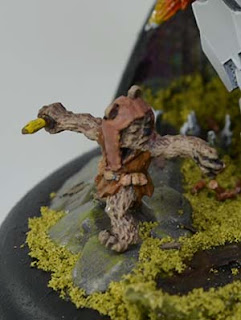 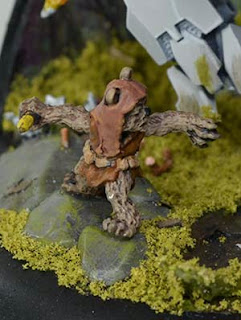 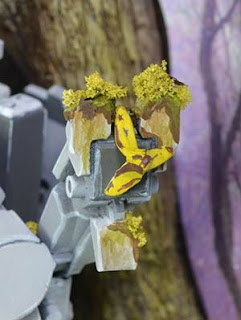 Immortal leader Kim Wrong-Un and his generals oversee the refitting of the walker fleet to a more sensible mode of motive power. 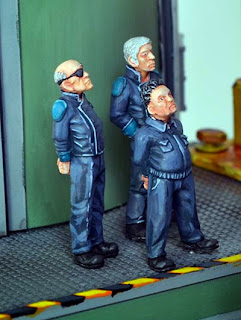 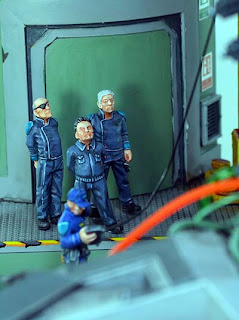 Plans
The best brains in the  Empire Science Corp consider their plans for amputating the walkers. 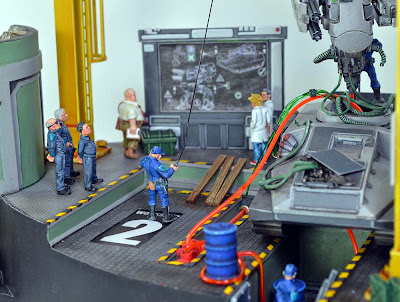 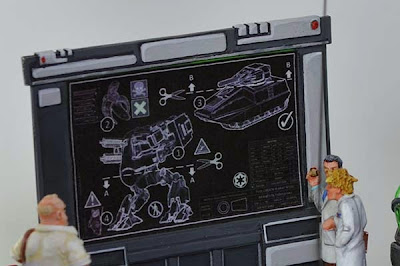 Crane
The Walker cockpit is craned onto the tank body. 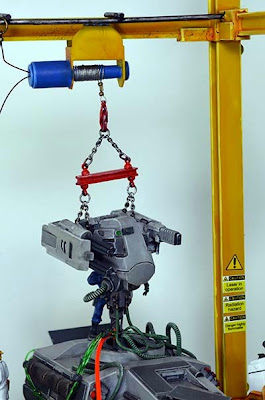 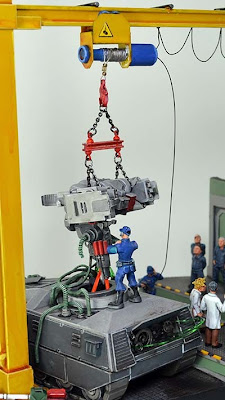 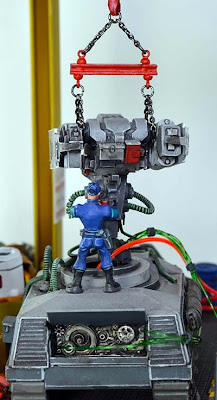 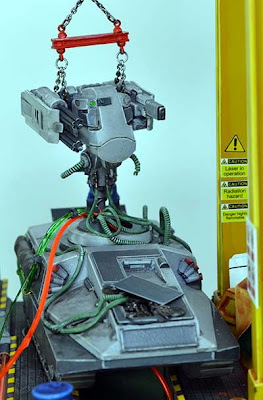 Underneath
Checking the inspection pit. 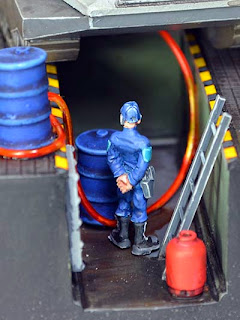 Waste Disposal
Here we see our previous heroes Bob and Dave, due to the collpase of the empire economy they have abandoned their jobs as line-markers and taken up as industrial scrap merchants. They discuss the likely cash values of a skip full of robot legs, flier engines and, worryingly a live guided missile and a drum of radioactive material.. 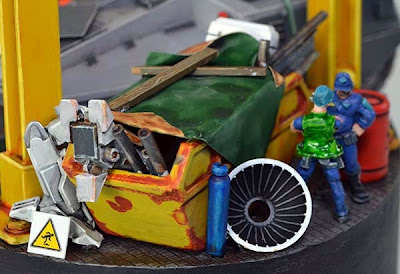 As Night Falls
Work on the rectifications goes on well into the dark, such is the urgency and commitment of the empire's greatest engineers. 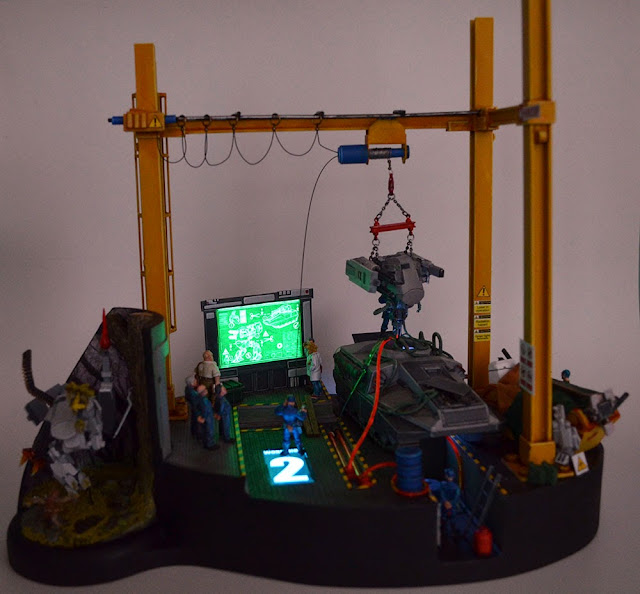 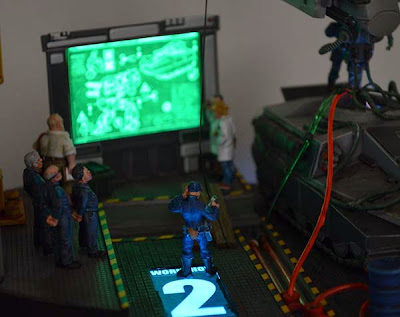 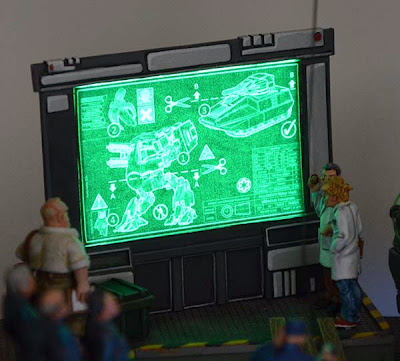 The lighting effects are done with ElectoLuminescent paper. I have never worked with it before but it has been an absolute joy. Straightforwards to use and install; the biggest problem has been hiding the battery packs and the cables under the base.

The bright orange cable that runs in the floor and to the tank is ElectroLuminescent wire, it has a controller on it that makes it pulse as though it is "pumping plasma". It doesn't show up well on the pictures, but at some stage I will take a video to show it and play around with the camera settings to get better dark pictures.

After three months of building this, I am off to start Christmas shopping and I hope not to have to touch a paint brush until the new year!

"May the Wheel be with you!"