So, finally I found the time to begin work on my Grymn Drop Ship modelled from the mouth wash bottle in my earlier post. I am a complete resin casting newbie so this is a learning experience for me, and I've taken plenty of pictures along the way for reference. I bought the rubber molding compound and the resin casting material from Tomps Mould Making and Casting Supplies on ebay and can thoroughly recommend both their service and their products and the indespensible information sheets for beginners! I also had some good suggestions and hints from Geronimo Jones of Fenris Games on the Forum of Doom 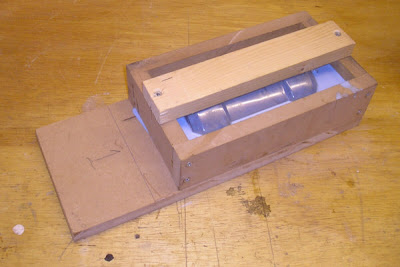 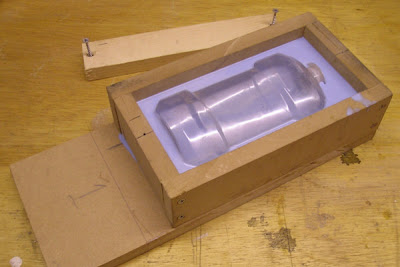 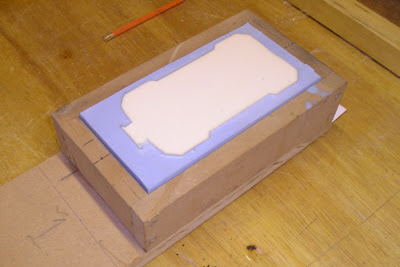 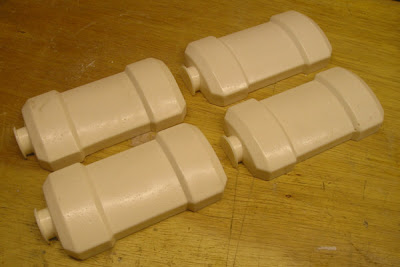 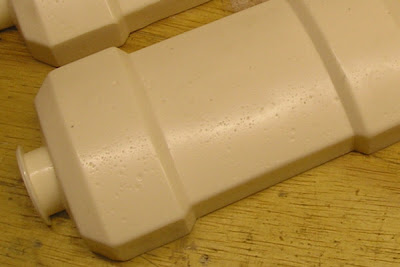 I wanted to make my final model thicker than the bottle so that it can be hollow and perhaps accomodate my grymn troops within the interior with a fold down rear door, or maybe side openings for door gunners. So I cast the bottle in two halves, each half more than half the thickness of the bottle (it makes sense to me!).

You can see from the pictures above that I have problems with air bubbles - these are in the rubber mould itself and not the resin, so I have to take more care with that in the future.

My intent is to detail two halves of the resin casting, add swivel engines to the sides and a front cockpit section where the bottle neck is, add a rear door, and then make a mould for the complete model so that I can cast a number of them. Who knows, I may even put a few on ebay and see if they sell!
By Brandlin