Further progress on the Grymn Drop Ship model. After almost a whole day of sanding and plasticard construction (and more sanding) things are beginning to look a little more like a model and not just a casting of a mouthwash bottle! I've cut the bottle tops off, glued 2 of the halves together to form a hull shape (much deeper than the original bottles) then sanded and filled and sanded and filled to get a smooth join. I haven't filled all the air bubbles that were present, as you can see most of them get covered anyway, so I'll fill the ones that now show.

I have decided to go with a style not dissimilar to the Old Crow 25mm vehicles designs that I have already used for my grymn. The vehicles have a simplicity about them with a distinctive style of "notched plates" over much of the surface. I have tried to copy this approach in the decoration of the drop ship. 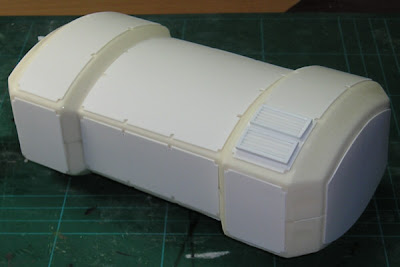 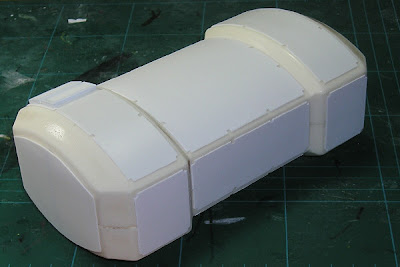 You'll also see the first of four engine pods which will attach to the main hull as shown. this was scratch built entirely from plasticard and then filled and sanded smooth, and decorated. Its shown attached to the hull, where it will swivel in place to allow both vertical and horizontal thrust, which also means I can use the whole of the rear surface as a loading ramp/door. For the purists amongst you forward pods will be mounted wider and lower than the rear pods, so the exhaust doesn't blow directly into the rear engines. The engine pod still requires engine nozzles and some further decoration but I'm happy with the basic look - functional, chunky but clean geometric lines. 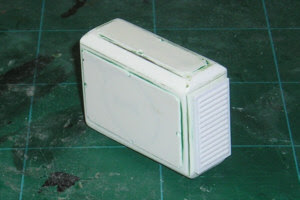 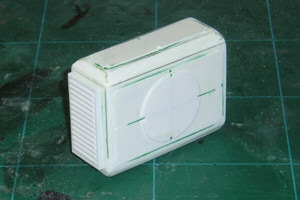 I was concerned that I'd made the engine pod too big and that the whole ship looks too 'dumpy' but then i decided that this was a good thing as it reminded me a bit of grymn/dwarfs - very functional and practical but extremely well engineered with no need of go faster stripes or twiddly bits. 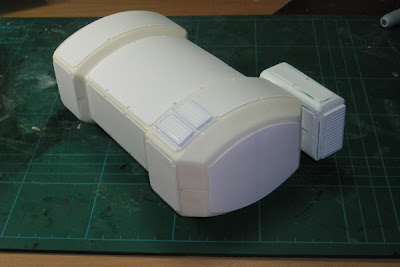 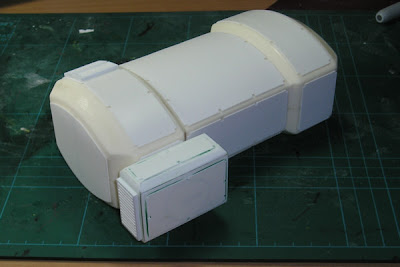 Still on the list of things to plan and do:

Suggestions, and comments on very welcome.