Host of the Silver Bear - I

It has long been a desire of mine to do two things with my Dwarf and Orc armies
My attempts at 1 are long and slow. I have the 1,000 figures of dwarfs and orcs that would make any self respecting gaming table groan under the weight of good old lead. I admit I haven't painted many! But there are outlets for 6mm fantasy miniatures where I could - given the inclination, time and money - establish a few thousand figures either side. Its possible. Its a goal. I need goals.

This thread of blog posts is more about item 2 and my long ignored yet first love - DWARFS.

My nom de plume "Brandlin" was an ICE RoleMaster/MERP character from back in the 1980's. He lead a varied life in a number of Tolkienesque high fantasy settings which found him hatching dragon eggs, going insane, repelling gravity, annoying the party's elven spellcaster, and hitting stuff - mostly with a large morning star. He later went on to be a protagonist in a number of games I GM'd both over the table and in play by (e)mail. He became a leader of a group of "Dwarf Supremacists" fell in love with an Elven Dragon Mistress, was driven insane by a spellcasters necklace and gathered quite a following. Eventually amassing an army sizable enough to declare himself king (through rather dubious second-cousin thirteen times removed kinship rules) and set about taking back that pesky mountain. He was last seen "Doing a Gandalf" and bravely/stupidly delaying a marauding fire demon whilst the cowardly elves and humans ran. (In my head he was always going to come to the rescue in book two - there has just been a very long delay in publication).

It is Brandlin that is and always shall be the leader of my Grenadier Fantasy Warriors Dwarf army. I imagined him setting up a dynasty that lived long long into the future, through the industrial revolution, the information age and out into the far future and distance worlds of space. These far flung descendants are represented by my Hassle Free Grymn Army (with Old Crow vehicles and "The Drop Ship").

Yes, yes I know that I've finished very little, haven't painted in ages and haven't rolled a dice in even longer. But I thought I'd share how in my mind the whole thing fits together.
My FW Dwarf army includes a couple of regiments of the wonderful bear riders and (the only non FW figures) three of the old Ral Partha sleds pulled by three bears. I have always intended painting these as polar bears and taking the Bear as a symbol for the whole army.


The Host Of The Silver Bear

My colour scheme of choice has also long been a turquoise / teal (for you blokes out there, that's a greeny blue, and for the computer literate its a dark cyan colour) and white. The Foundry Triad of these shades is my chosen go to colour. I like the fact this isn't the usual blue or red scheme most dwarfs get, and I also like the cold nature of the colours along with the white/silver. Gold will feature sparingly and used instead of silver to identify elite units, leaders and other notable persons. 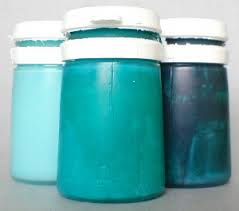 Sigil? Yes, I've been watching too much Game of Thrones but I think Sigil sounds sexier than 'Emblem' or 'Banner'. I want to tie the two armies together with more than just colours.

Dwarfs have round shields. Don't argue with me on this, its just true. You wont find anything less round than an squat ellipse in my dwarf shields. And with units of bear cavalry I ahve long thought that a simple design of a bears paw would make a great emblem.

As its a fantasy army I think a differing range of these symbols would be best, tied together by the general theme rather than a slavish copy of each one. I'm imagining these in teal on white, white on teal and possibly with halved and quartered backgrounds. Heraldic rules? meh!

I like the celtic and stylised tribal Tattoo styles and think this might even be an extreme ornate version of the symbol for war leaders. 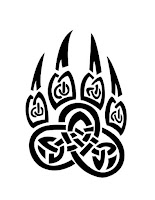 For the more organised forces of the Grymn I think a standardised symbol will be best and recreated on each vehicle. Perhaps the left most of the paw prints above, or even... 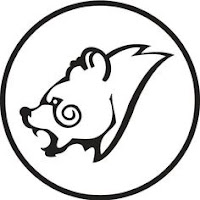 I shall be doing some work on these images and scaling and colouring them appropriately and then getting a range of different water slide decals printed. (I'd do them myself, except i will need to print white and that requires an ALPS printer).

No self respecting fantasy army takes the field without  the mass fluttering of banners, standards and pennants. This gives plenty of opportunity to add bear related symbols for different units, all in the similar white/teal theme. 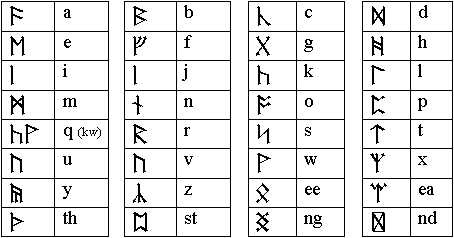 I shall make certain phrases in decals and maybe use individual markings for each unit.

However I have come across two problems. 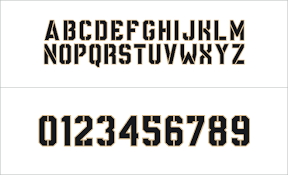 Anyway, that's my thinking and research to date. Plenty to do. No rush.