A word of warning.

Never. EVER. Feed a work in progress model after midnight*. They multiply...

So my small flotilla of Grymn Fliers are taking shape...

Each of them has twin rotors, a magnetised mount for a forrad under-nose weapon mount, and a fixed mount at the rear for a fying base. 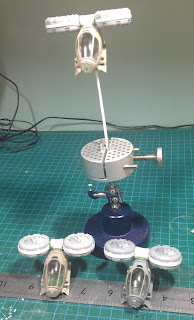 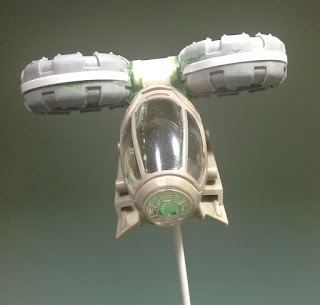 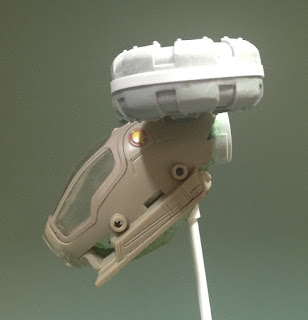 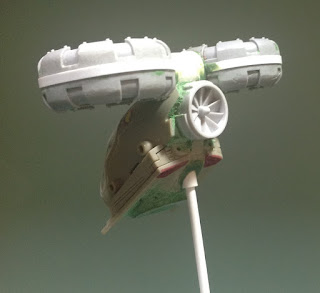 For those of you that are curious I have a couple of pics showing scale.

The only figure scifi figure I have easy access to is a Hasslefree Grymn Trooper (centre) for which these fliers are designed. That's a little over 22mm tall and I think fits the cockpit comfortably.

The two other figures here are from Wyrdd and Rackham, they are in the 32-35mm+ size. I think these cockpits would be tight and small for something of the GW Space Marine size. I think other more slender 28mm scaled figures would be OK but a little tight - emphasising the 'light' nature of the craft.

The cockpits would accommodate 2 x 15mm figures side by side or even behind the other. I shall be painting the cockpit glass so have made no attempt to model an interior.


* Rumour suggests that getting them wet or exposing them to day light may also be a bad idea.
By Brandlin