Do you think he'll notice?

I spent a couple of hours this morning starting on composition and conversion of my idea for the Diorama of Doom competition being run by the Forum of Doom.

The title of the piece will be "Do you think he'll notice?" and I'm showing some of the modeling and conversion steps.

Apologies for the worse than usual pictures, I don't have my camera at the moment so am taking these pictures with my phone - hardly ideal! It seems to suffer particularly on the glare on the white plastic. 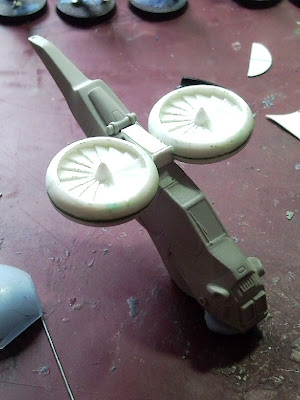 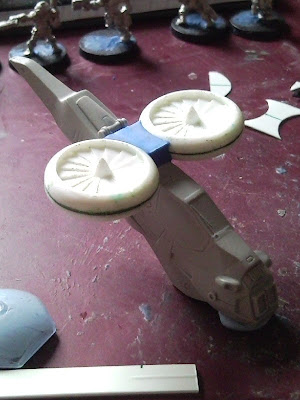 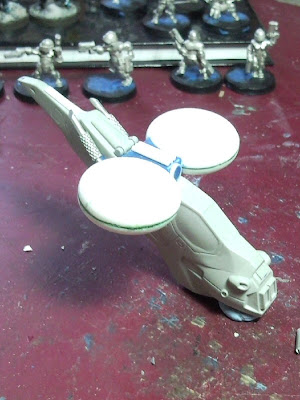 Sharp eyed readers amongst you will notice that there is a headless grymn in the final picture; he's just standing-in for the Grymn Pilot figure not yet released by Hasslefree games. (Fingers crossed!) 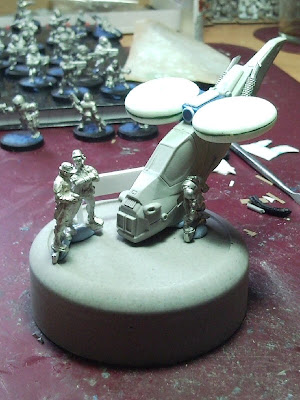 There is another major element of the diorama that will sit in the foreground but i need to scratch build it. No, I wont tell you what it is, that would spoil the surprise...

Next job is to sort out the Landing gear as the 'copter is sat on its underbelly at the moment.
By Brandlin