Well, a package from Old Crow arrived. In the following 2 pictures I've mocked up a potential pair of turrets onto the hull (with blu tac) added a couple of hatches and done some more detailing. The green 'spots' on the hull are Squadron Green putty to fill the remaining visible bubbles from the original resin casting. 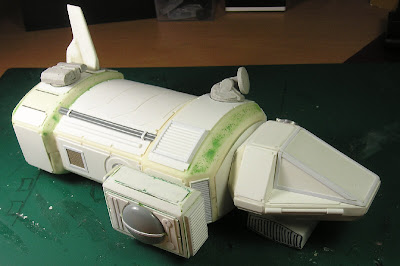 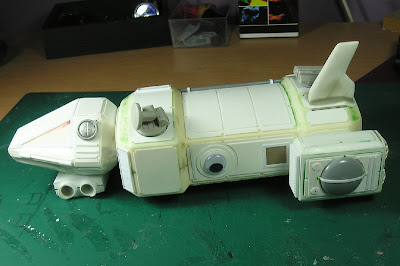 There is a comcen turret mounted on the forward hull, and a missile launcher on the rear hull. I've also temporarily installed one of the two fins. (Two fins won by 12 votes to 2 in the recent poll!). I've also used a plastic 'googly-eye' on the port side of the hull as a dome. 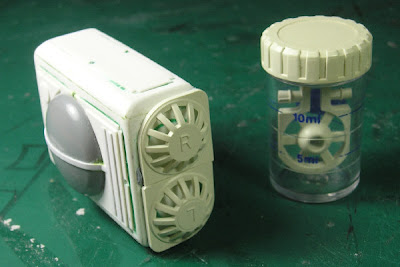 I found an old contact lens case which has amazing engine components! I've tacked them in place, but i will cut them down to a circular shape and file off the L and R before completing. The part still attached inside the case will be used as the 'intake' to the engine (but I need another one! Anyone got a spare?). This has convinced me to re-model the engine and make it less fussy and sightly less bulky.
By Brandlin