WIP pictures for crane modules for the provider transport. 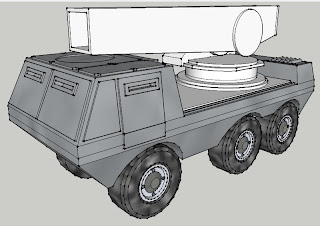 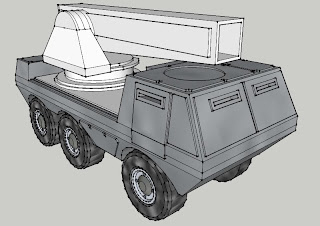 I'm thinking that the crane arm itself might be a little bit chunky at this point but you get the idea. The design allows the platform of the crane to rotate and lock in place via magnets as does the up-down motion of the arm. I'm planning on using the same mechanism as I did on the variable pitch engines on the unfinished Drop ship. I still have the extending arm of the crane to design again which should lock in various locations through the use of magnets. 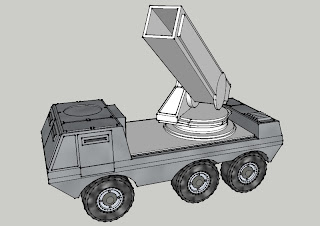 I wanted a crane so that if I had a a number of mobile Landing platforms then at least one of the trucks pulling them would be able to do recovery operations and load the fliers for transport. So the truck and trailer combination would look something like this. 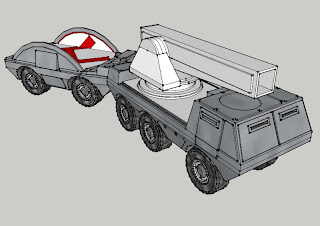 I'm now itching to model up the Grymn flier to sit on the back of the trailer, but as the damned thing doesn't have a single straight line anywhere on it, and my only reference is currently glued to my DoD entry and covered in bubbles I might have to forgo that! besides its not cutting plasticard is it?