I thought it was about time I resurrected my Grymn Dropship project. I ran out of steam on it last year and I've been meaning to get back to it. But then if I actually finished a project I'd have to change this Blog's tag line.

I left this project having built three different versions of the engines and decided that the most popular one was good but too long. Well, today i roughed out what I hope is the the final engine. 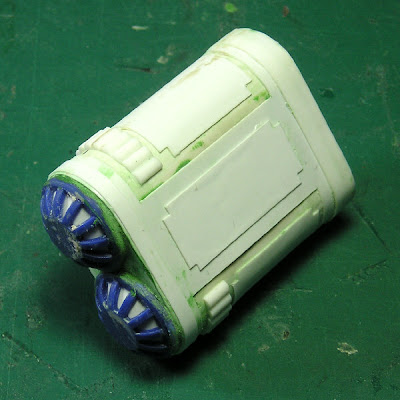 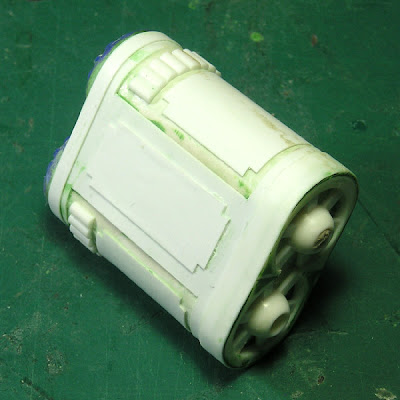 There's still a fair amount of cleaning up and light sanding to do to get everything smooth enough to cast, and I may add a few more detailing elements. The blue end is the front. 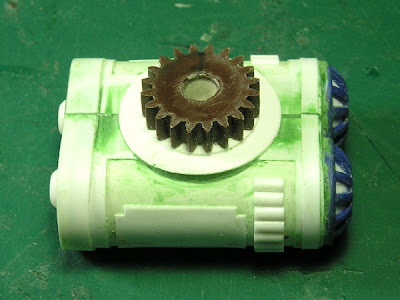 The gear which allows the engine to be posed on the final model is shown assembled to the engine. 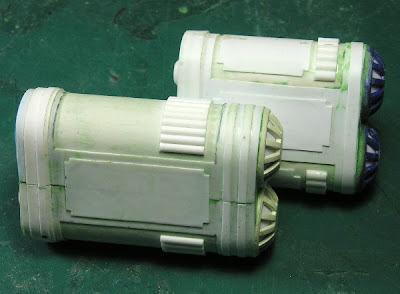 As this comparison shows, the construction is the same as the previous engine design but around 12mm shorter which makes it match the squat nature of the drop ship body better. I may cast both so there is a choice to assemble the drop ship with either engine type or a mix of the two.
By Brandlin