Just a small update over Christmas. I rebased this unit of Prince Ulthers Imperial Dwarfs - Dragon Company from GW in the mid 1980's so that their bases matched those I am putting together for the Grenadier Fantasy Warriors Dwarfs (You never know I may one day field an enormous dwarf army with both Grenadier and GW models if I can find a table big enough and an opponent worthy enough.) 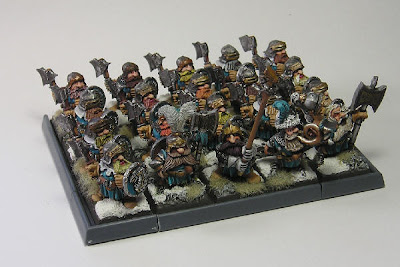 The shields are not original, they are the griffin motif from the shield sprue included in the plastic dwarf warriors box set pre-2008. 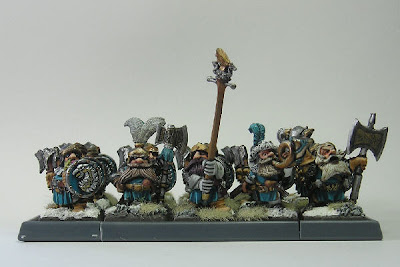 The bases are 20mm slotta bases from GW but have a small magnet glued underneath, I get all my magents from this guy - great fast service and a huge range of sizes. The movement tray is constructed exactly as for the Grenadier FW Dwarfs I showed previously, and the snow, rocks and flock are identical too.
By Brandlin