Just a little progress today as I wait for more filler to arrive via Royal Mail. I decided to work on a tail fin (having abandoned the idea of stub wings) 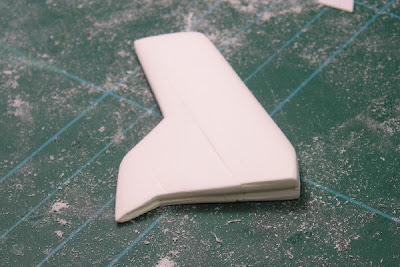 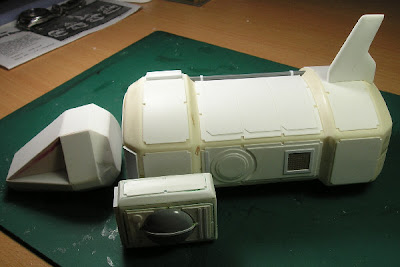 This is one part of the build I forgot to take step by step pictures for. Anyway it's 5 pieces of 1.5mm styrene laminated together with styrene cement and then sanded, and sanded and sanded some more into a kind of aerofoil shape. This piece is now also awaiting filler to remove some joint lines , and it will need to be panel scribed. However I had a suggestion on the Forum of Doom that the ship should have 2 tail fins. So a moment in photoshop, and we have a choice. Two fin or not two fin? That is the question. 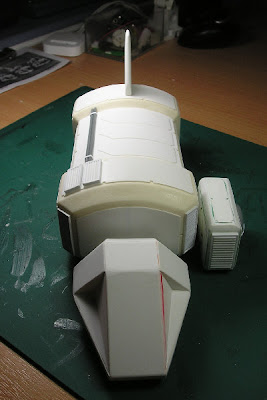 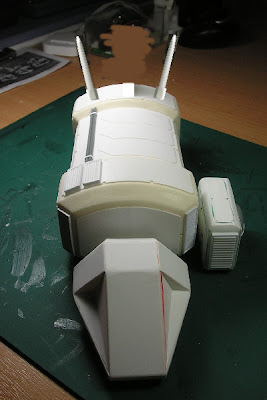 I had envisaged mounting a pair of small Old Crow missile turrets either side of the fin. But there's no reason why i couldn't mount a single turret between two fins. A comms array will be placed on the upper forward starboard hull.

I am undecided. What do you guys think? Poll on the right >>>>>
By Brandlin