Jez, the very nice man who runs Old Crow Models has given me the OK to use his accessories and weapons from the old crow line on this drop ship, even if i cast it for small production!
THANK YOU JEZ.
So I shall be using his hatches, and a variety of weapons on the ship. The 25mm weapons/turrets look great but are too big for the space available; which is a shame as I like the look of the 25mm Missile Turret mounted on the rear hull.

SO instead I have ordered a range of his 15mm and 6mm turrets to see what works. I'll post pics when I get the goods.

A little more progress on the command module. I decided to add some forward pointing cannon to enable the drop ship to clear soft targets from a landing site before deploying its troops. I also decided to do this because I thought the angled tubes under the nose of the command unit look cool, and it was a bit of a challenge to model. 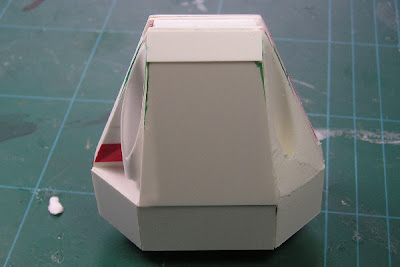 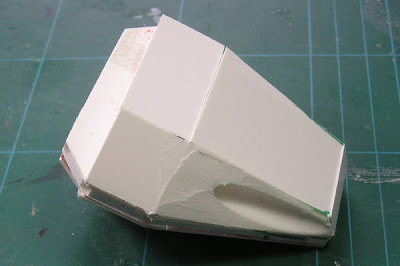 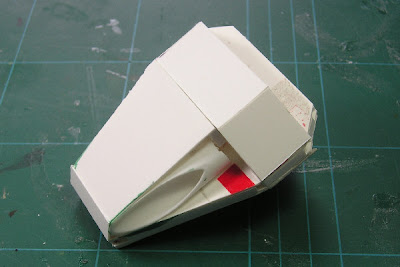